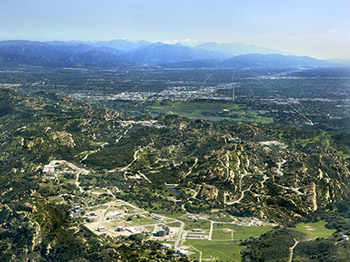 LOS ANGELES — More than five decades after a partial nuclear meltdown just outside Los Angeles, state and federal officials Friday announced agreements to remove all contamination and return the atomic energy and rocket engine test site to its natural state.

Residents who have fought for years for cleanup of the Santa Susana Field Laboratory heralded the agreements signed by the Department of Energy, NASA and state officials. The agreements, which commit to a 2017 cleanup date, must still go through a public review process before they are finalized.

“It’s more than we’d hoped for a long time,” said Marie Mason, head of a homeowner’s association whose four members have all been sick with leukemia, breast cancer or serious thyroid conditions. “We are thrilled.”

During the Cold War, workers at the site, then-operated by Rocketdyne, tested more than 30,000 rockets and experimented with nuclear reactors on the hilltop where now-hollow gray buildings sit like tombstones.

By the time the lab was shuttered, testing and several nuclear accidents since 1959 left a toxic stew of radioactive and chemical contamination that many believed trickled into the communities below, causing breast cancer, thyroid conditions and a rare eye cancer among infants.

The cleanup has taken decades to hammer out, in part because of a complex web of owners and responsible parties.

For example, NASA owns the rocket-testing areas. The Department of Energy owns the buildings where the partial meltdown occurred. Boeing owns much of the property underneath.

Boeing said in a statement that it had only just learned of the agreement and was reviewing it. But even without Boeing on board, proponents of the deal said it would require a high-level cleanup in the most-polluted parts of the site.

“We have been arguing and wrestling and wrangling and going back and forth about how clean this should be, and this is a huge breakthrough for us,” said Rick Brausch, who is overseeing the cleanup for the state Department of Toxic Substances Control.

Brausch and others could not estimate the expense. Studies of the site have already cost tens of millions of dollars.

Sen. Barbara Boxer, chairman of the Environment and Public Works Committee, called the agreement a breakthrough in trying to ensure that the responsible parties do the cleanup.

After the 1959 meltdown, there were other problematic practices and incidents, including two more reactor accidents, use of burn pits with radioactive contaminants, and a rocket-fuel explosion that killed two scientists who were illegally disposing of hazardous waste. Rocketdyne pleaded guilty to three felony counts and paid a $6.5 million fine. Cleaning solvent used to wash down test stands also contaminated groundwater.

At the same time, populations were growing around what was once countryside more than 25 miles northwest of downtown Los Angeles. The adjacent city of Simi Valley is now home to more than 126,000 people, and thousands more filled in the western San Fernando Valley, hearing the roar and seeing the glow of rocket engine tests.

As the decades passed, critics complained about the slow pace of the cleanup. Many felt federal officials and Boeing were dragging their feet due to the costs.

Boeing, which purchased the Rocketdyne site in 1996, has disputed this. The company has said it has spent millions of dollars already and has worked with state regulators to resolve a complex situation.

The cleanup got a boost in 2007 when the state passed legislation that laid out strict standards for the Santa Susana site above Superfund requirements. State and federal officials were supposed to begin hammering out a roadmap for the cleanup.

By late 2009, however, the negotiations hit a roadblock. Boeing filed suit against the state saying the cleanup standards were unreasonable. That case is expected to go to court next year.

Even so, proponents believe the bulk of the contamination will finally be cleaned up.

“It’s an extraordinary breakthrough,” said Dan Hirsch, with the Committee to Bridge the Gap, which has been pushing for the cleanup. “Finally, the toxic legacy of that meltdown will be remediated and the people living nearby can breathe easier about their health.”