Impacts of MTBE to private and public water supplies

1997 article served as an alert to industry, regulators and consultants

Recently I phoned a neighbor in New England I hadn’t spoken with in nearly 10 years. She asked what I was doing and I mentioned that I was working in the environmental field. She immediately said, “Wow, what a great field with such a wonderful future.” Biting my tongue, I replied, “It was—until I discovered that public policy is not really serving the public interest.” 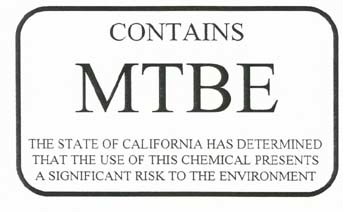 Recent changes in the way California and Texas regard soil and groundwater petroleum hydrocarbon contamination are causes for some concern. Both states have commissioned studies reporting that groundwater contamination rarely extends beyond approximately 300 ft from the initial source, resulting in low risk. (The studies are “California Leaking Underground Fuel Tank Historical Case-Analyses,” by the Lawrence Livermore National Laboratory; and “Extent, Mass, and Duration of Hydrocarbon Plumes from Leaking Underground Storage Tank Sites in Texas,” by the Bureau of Economic Geology.) Subsequently, both states also released major environmental policy changes, allowing for closure at most sites. As a result, the number of sites needing remediation, monitoring, and additional investigation has been significantly reduced. On the other side, oil companies and some landowners are enjoying a reduction in cash drains.

The California and Texas studies fail to consider key details. Both studies of plume length omitted a chemical called methyl tertiary butyl ether (MTBE). MTBE is largely recalcitrant in water (it degrades very slowly) and is extremely soluble. MTBE moves with the groundwater for distances up to several miles from the source of contamination and is a suspected carcinogen. Benzene, which biodegrades with relative ease, was used to delineate the size of groundwater plumes in both studies.

In California this past year, the city of Santa Monica has brought the persistence of MTBE emanating from underground gasoline tanks into aquifers to the forefront. Drinking water wells had to be shut down because of MTBE contamination. The city was forced to buy water from the municipal water district at a premium price—not a pleasant bit of information for city rate payers.

The report also failed to thoroughly evaluate shallow subsurface concentrations of toxic compounds that may be ingested along with the soil or indoor air concentrations of the contaminants that are breathed over time. Nor were they subjected to external peer review from the scientific or generally interested communities.

The reports are educational in that they compile a large amount of data and analyze them for trends. The four phases of groundwater plume evolution—increased plume length, stabilization, slow decrease, and rapid decrease—are described. The reports also describe the importance of intrinsic bioremediation, the response of the indigenous organisms to the contaminant plume, and the electron acceptors such as oxygen, nitrate, and carbon dioxide. The Texas report refers to this process as “self-remediation.”

The California report is very controversial owing to media exposure of partial funding by a major oil company. It is no secret to those of us who have worked in the field that industry—not consulting firms or regulatory agencies—has access to the best technical resources. The major oil companies were primarily responsible for the initiation of site-specific, risk-based corrective action procedures that are currently being implemented. This was a step in the right direction—but the latest studies seem to have gone too far.

Particularly notable is the short gap between the release of the publications and the appearance of the new policies. In California, the decision to start closing sites was issued in a letter dated Dec. 8, 1995—less than one month after the report was published. In Texas, the report was published in early 1997, and regulatory directives followed in memos dated Feb. 10, 1997 and March 6, 1997. Obviously no time was wasted.

In California, well purging is another example of policy change based upon the publication of reports that were not externally peer reviewed. The Western States Petroleum Association funded “The California Groundwater Purging Study for Petroleum Hydrocarbons,” released Oct. 28, 1996. The report contends that there is no “significant” difference in hydrocarbon concentrations between purged (pumped) wells and unpurged wells. The implications are very significant in that it is no longer necessary to dispose of several hundred gallons of purge water as a result of a groundwater sampling event.

The Los Angeles Regional Water Quality Control Board issued a memo on April 23, 1997, detailing conditions when no purging is necessary. The number of wells that do not require purging is huge. For example, at one large site there are approximately 1,700 wells that are sampled every quarter that no longer require purging. This leads to a large savings—approximately $500,000 per year. Many researchers and practitioners have shown that representative groundwater samples cannot be collected without at least some purging—and find the conclusions of the purging study controversial, if not disturbing.

The link between science and policy (politics) is apparent by the examples mentioned here and is a familiar occurrence for practicing engineers. But we need to keep in mind that policy can change in the future. The unfortunate lesson we might look back on is “short-term gain, long-term pain.”